Tradition, quality and experience since 1956. 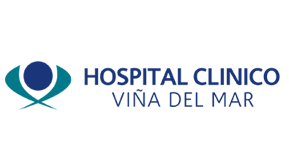 What they say about us

By means of this, I inform the corresponding that Hosteria el Copihue has been the place chosen by our institution in various opportunities for training activities, planning days and work of the management team, in the last 10 years.

The selection of Hosteria el Copihue has been due to its quality and comfort of the facilities, services, its gastronomy and the warm attention of the staff. 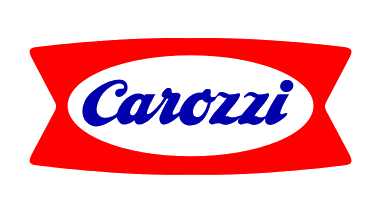 By means of this, I am writing to you in order to widely recommend Messrs. Hosteria El Copihue, who have given us a service of the highest level on several occasions.

El Hosteria El Copihue, has been the place chosen by us for multiple events of our group of companies, such as New Year’s Trips, Conventions, etc., which have always been a success, thanks to their experience in handling massive activities , the quality of the food products, the comfort and hygiene of its facilities, the very kind and diligent attention of its staff, among other factors.

By this means we want to express our gratitude for the support provided in so many years to our Social Program “Holidays in Providence”; intended for resident families under 65 years of age.

Due to the characteristics of the program, the experience acquired through his attention, disposition and welcome has been fundamental along with the professionalism of the team he leads.

Consistent with the above, we manifest our commitment to transform ourselves into promoters of their beautiful locality. 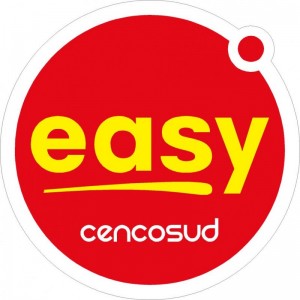 I know the services delivered by Hosteria El Copihue since January 2013 and I must inform you that in these almost 3 years has proven to be a company that meets all the standards in services and quality that can be offered today in the market.

We consider them a family business with apt qualities in both the services delivered by their owners and their workers, emphasizing mainly the cordial treatment to their guests. They have excellent facilities and an exquisite menu menu highlighting their offer of desserts and Creole food.

For all these reasons, and based on my experience with Hostería el Copihue, I can guarantee that the services delivered are of the highest level and will meet the expectations that you set.

Dear Sirs, for more than 20 years I have known the services of Hosteria el Copihue and I can certainly recommend them.

In my capacity as manager of human resources, in several companies, I have done a number of activities (strategic planning seminars, training and training, institutional walk, among others), all of them were a success: The Copihue has a clear and determined Customer orientation, which is noted in every detail of the staff’s attention, exquisite cuisine, comfort of the facilities and the warm attention of the Kubierschky family. I do not hesitate to recommend El Copihue. 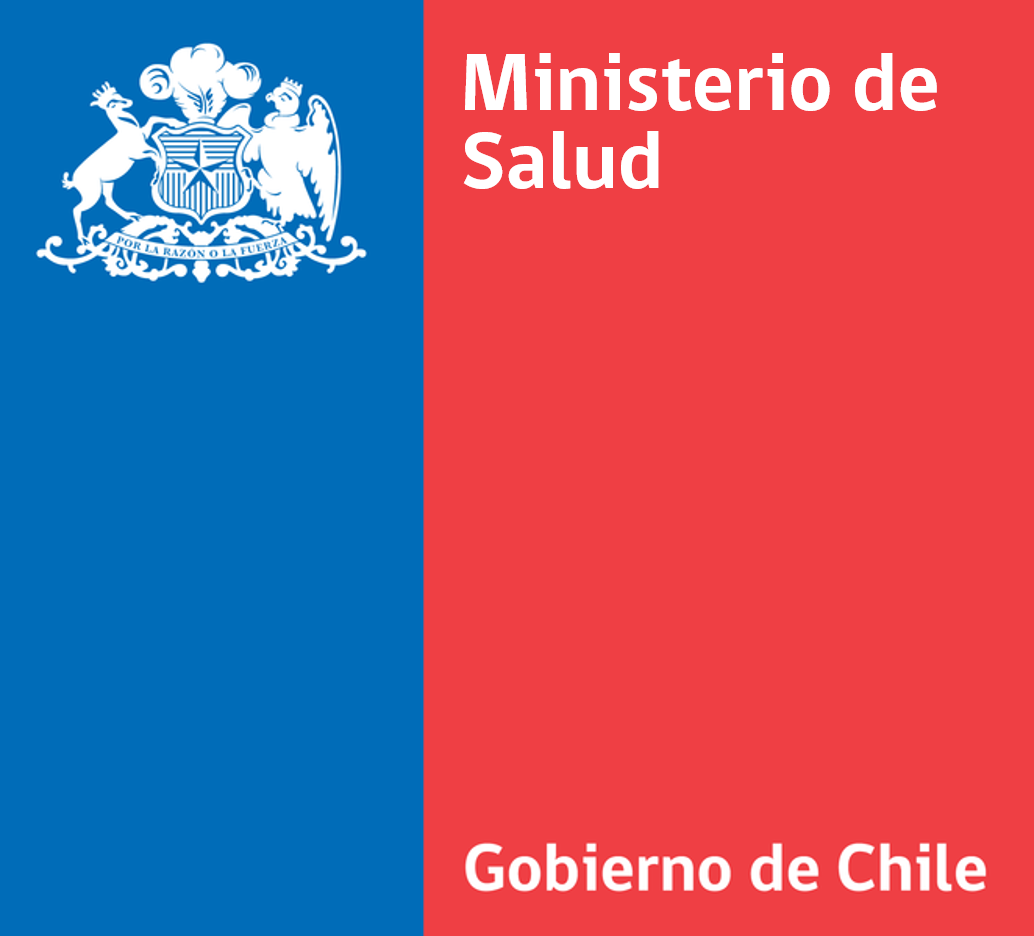 The Department of Risk Management in Emergencies and Disasters certifies having received, in full compliance, the services contracted to the El Copihue Inn, for the development of the National Day of the Network of Emergency and Disaster Coordinators held in the month of December, having access to an excellent service of feeding, cleaning, logistics, internet, attention to the guest among others things, that without a doubt, contributed to the success of this labor activity that has great importance for this department and for our Ministry.

El Copihue Inn complies with all the necessary standards to carry out all kinds of activities and also has a human team that kindly welcomes all those who visit them. 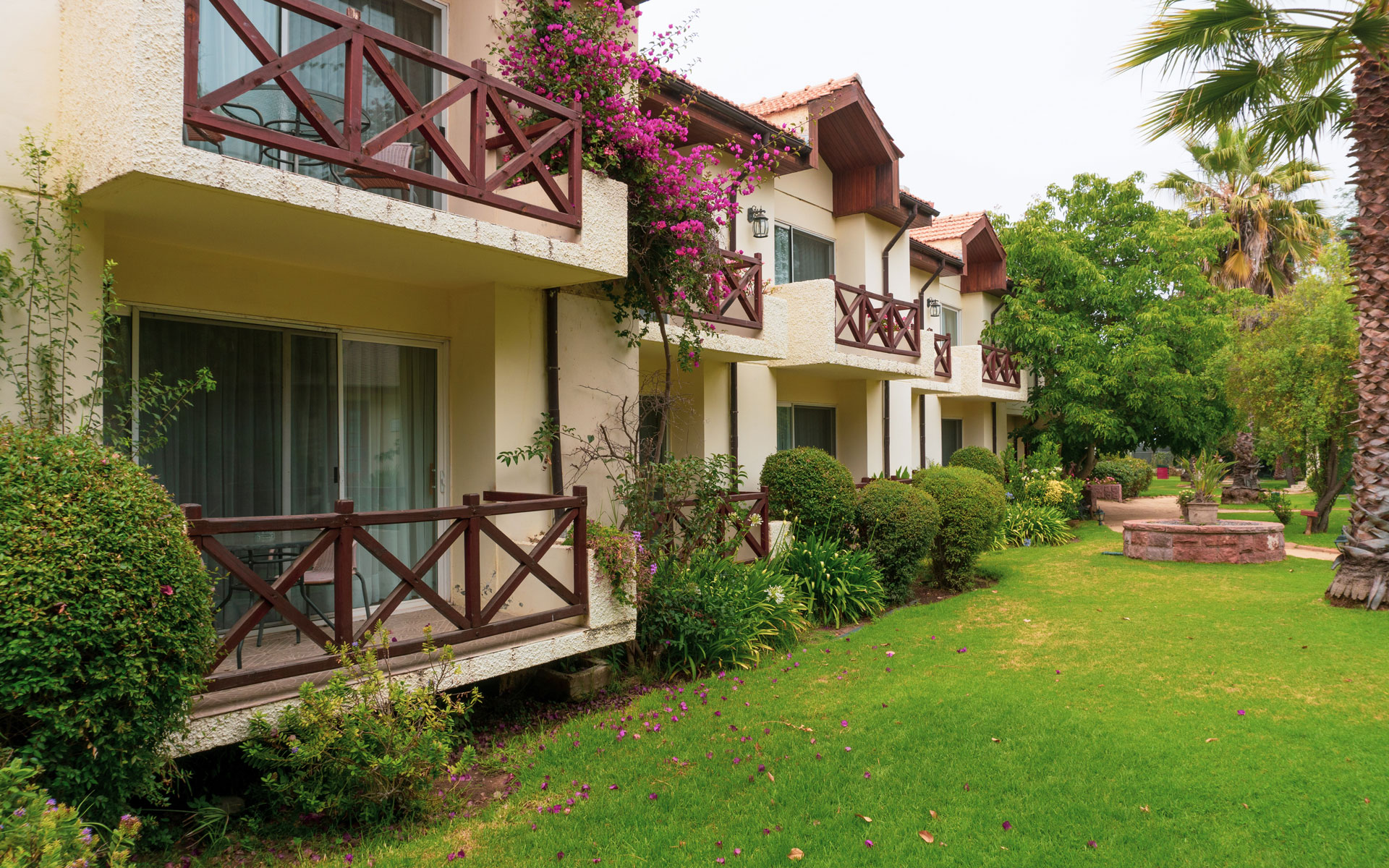 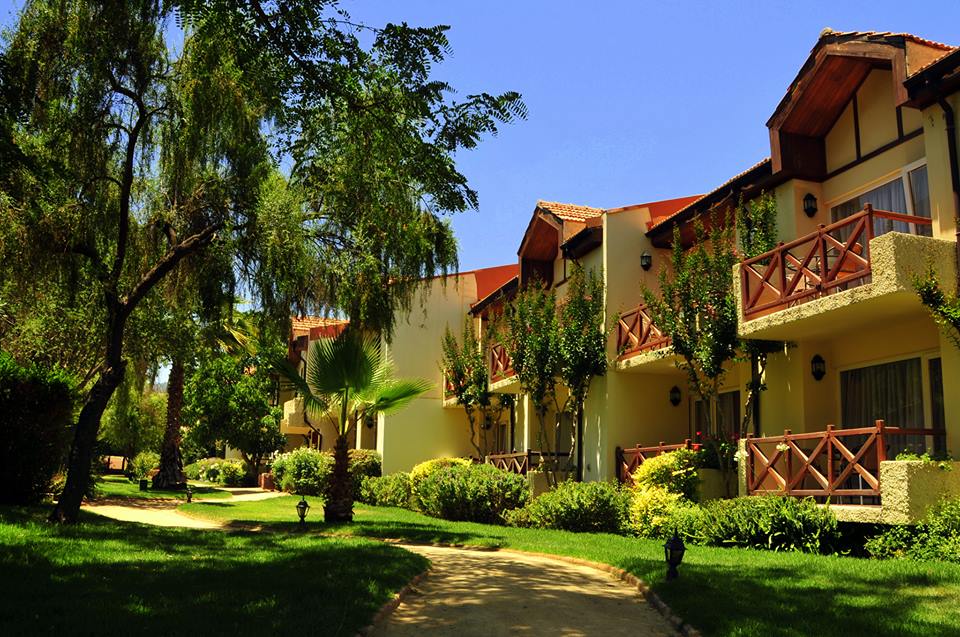 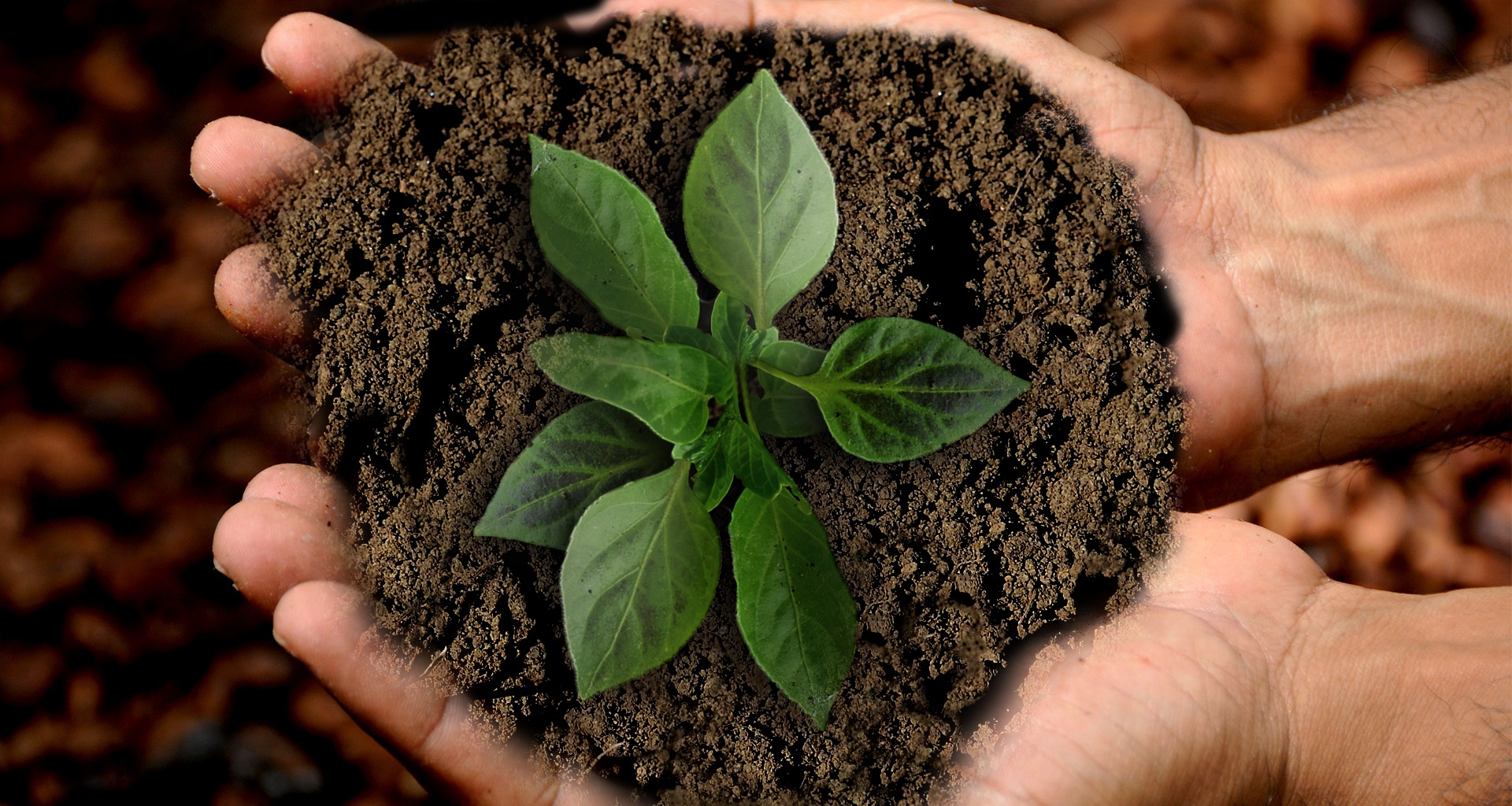 Located in Diego Portales street # 2203, Olmué V region, Hostería El Copihue was founded in September 1956 by Don Federico Kubierschky T, and his wife Hedwig Heitkamp W. with a small dining room that only had 8 tables, 8 rooms for accommodated and one small pool. In 1958 Don Federico dies, continuing his lady alone, for a space of eleven years.

In 1969 he joined his son Pedro Kubierschky Heitkamp and his wife, Gloria Mafud Haye.

With his health broken by the great effort made, Hedwig withdrew from the activity in 1970, not without first having built a new lodge, enlarged the dining room and rebuilt the main house, after the earthquake of 1965.

Pedro and Gloria can acquire the adjoining properties, which allows them to build two pavilions of family rooms, make new additions to the dining room, build a model kitchen, a beautiful pool, cozy gardens with playgrounds, conference rooms and much more .

In 1991 the third generation was incorporated, with Alejandro Kubierschky M. And later his wife Paulina Cornejo S., In 1996 Paola Kubierschky and her husband Esteban Vidal C also joined, continuing the tradition initiated by their grandparents. He is currently also, Carolina Kubierschky. 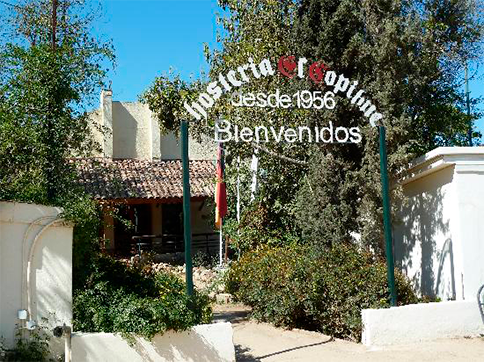 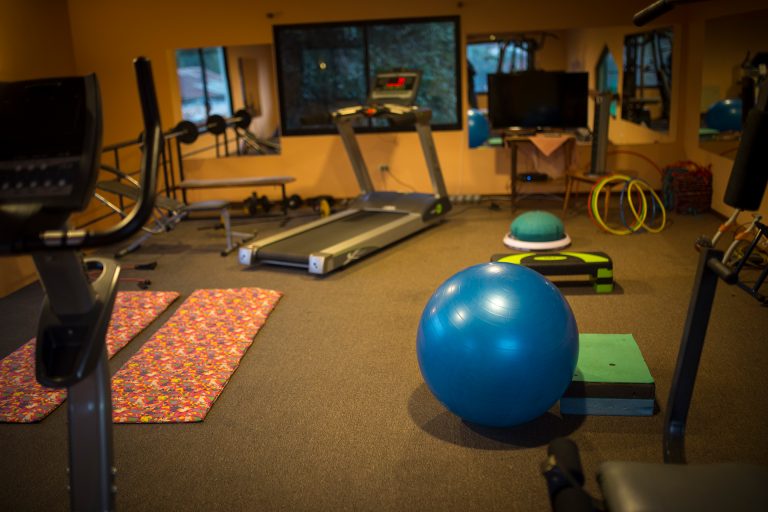 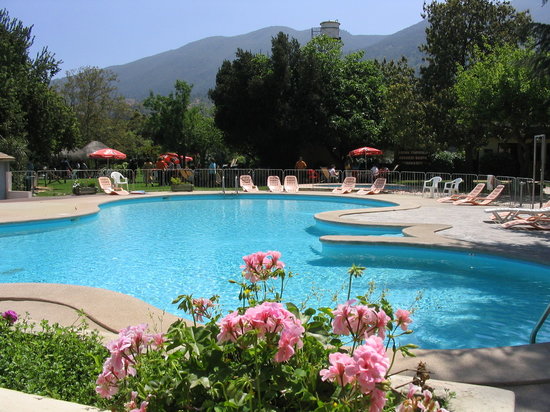 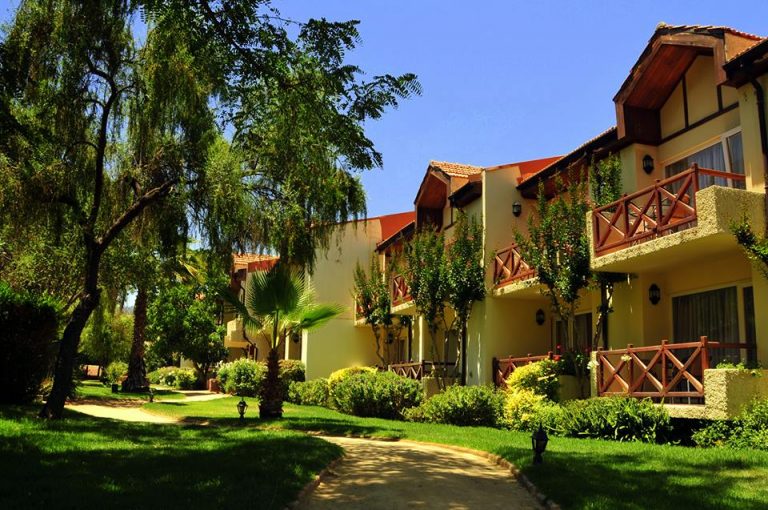 Olmué is located at the foot of La Campana National Park, just 45 km from Viña del Mar and 90 km from Santiago, through the La Cuesta La Dormida Route. The country setting of the Olmué Valley makes it a popular destination throughout the year. The unparalleled properties of its air, make it especially suitable for people suffering from respiratory diseases, both adults and children. The oxygenation produced by the forests of the National Park La Campana, manage to relax immediately all visitors, thus achieving a pleasant and restful rest. Olmué has attractive places for the recreation of its visitors, such as: La Campana National Park, La Poza El Coipo, in the sector of Cajón Grande, La Dormida Church, declared a National Monument and the Chapel of the Child God of Las Palmas , with his miraculous image of the Child Jesus. Aerodrome of Gliders, where you can request a demonstration flight and The Museum of Aeromodelling. And just steps away from the Hosteria, El Patagual Park, where the Huaso Festival takes place every year.